AVAREN has the necessary systems in place to function as an extension of your company. AVAREN is computer repair & IT support consulting services for Carrollton Texas.

AVAREN is pleased to provide computer repair and IT consulting services to the businesses of Carrollton.

A Brief History of Carrollton Texas

Carrollton is a city and suburb of Dallas that resides partially within three different Texas counties (Collin, Denton, and Dallas). In 2016 the city was home to an estimated 133,000 residents, making it the twenty-third largest city in the state. It is estimated that Carroll has 43,000 households with over 31,000 families. Carrolton is made up of 37.1 square miles of terrain, only 2.2% of it being water. Carrollton is headquarters for many well-known national brands including: FASTSIGNS, Halliburton (Easywell), Heelys, Motel 6, Parks/Prostar, Sleep Experts, and more. In 2006, Carrollton was named to America’s “Top 100 Places to Live” by Relocate America and was selected as the “19th best place to live in the United States” by Money magazine. In 2008 Carrollton was named the “15th best place to live among small cities” by Money magazine.

Some of Carrollton’s most notable attractions are the Historic Downtown area, Sandy Lake Amusement Park, Cavanaugh Flight Museum, and the A.W. Perry Homestead. The City of Carrollton and DART own over 25 acres of land near Green Line Station and plan to develop the property into a new destination called “Trinity Mills”. Carrollton is a member of the North Texas Council of Governments Association. The NTCGA is supposed to facilitate cooperate and coordination between the municipalities of the area in an effort to work together while fighting waste and duplication.

The first settlers came to what is now Carrollton in the early 1840’s. These were thought to be: Jared Ford as well as William and Mary Larner. A so called “English” colony to the north east was home to many large landowners including the Furneaux, Jackson, Morgan, and Rowe families. Much of these early groups are thought to have been from Carrollton Illinois, thus giving their newly adopted home a familiar name. Wade H. Witt, as well as the A. W. Perry family also settled in the area; the Perry’s and the Witt’s having established a grist mill two miles northwest of old downtown Carrollton. This area became known as Trinity Mills. A post office was established in the area in 1858. By 1860 Trinity Mills had expanded into retail and taken on another partner.

The Dallas-Wichita Railroad was constructed through Trinity Mills in 1878, which began transforming the area into a hub for shipment of livestock. Just three short years later Carrollton had a druggist, doctor, and at least 26 farmers. It is said that by 1884 Trinity Mills had two churches, a school, a telegraph office and more. By 1900 the population of Trinity Mills had expanded further and had become home to numerous other business ventures including another flour mill, cotton gins, nursery, and a safe dealer. By 1925 it was clear the population of Trinity Mills was declining and by 1930 the population had dropped to only 35. Trinity Mills was then “annexed” by Carrollton; Carrolton having become incorporated in 1912. The dairy, gravel, and brick making industries that were established in Carrollton in the early part of the 20th century really began to transform the city. By the 1940s Carrollton was becoming known both for its agricultural and industrial significance. In 1946, National Metal Products was established in Carrollton. After World War II the city’s population grew quickly. In 1950, Carrollton’s population had climbed to over 1,600. In 1960 the population was reported to have been over 4,200. In 1970 the number had exploded to almost 14,000. The following decades saw even greater population expansions. In 1980 the number had grown to over 40,000, 1990 over 82,000, and 2010 almost 120,000.

In 1996 there was a successful recall of both the mayor and 6 council members. It appears that a number of citizens and business interests within the city felt that the council and mayor were serving their own interests (and those of staff) instead of the interests of the citizenry. Mayor Gary Blanscet, as well as council members Linda Caldwell, Bert Colter, Bernis Francis, Stan Hampton, Bob Novinsky, and Stan Sewell; were all removed from office and replaced via a special election.

AVAREN is proud to provide computer repair & IT support consulting services to the businesses of Carrollton Texas. 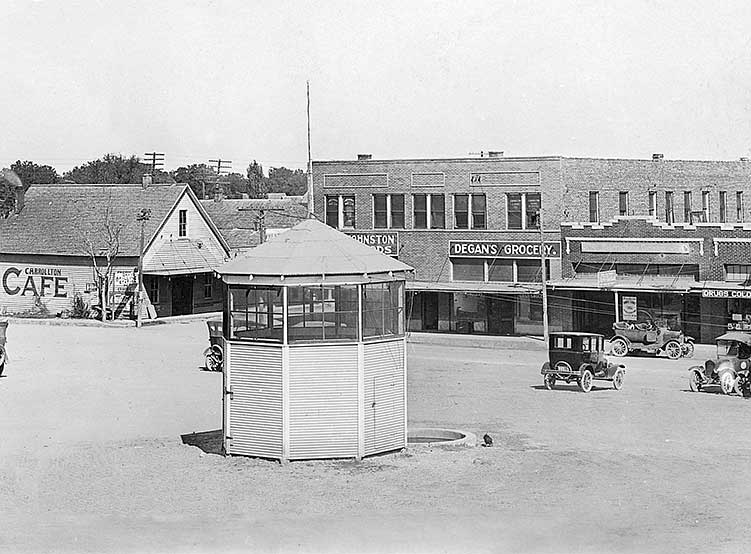 If you don’t see the answer to your questions here, please call us (214-379-4200) or fill out the contact form above. We will get back with you immediately. AVAREN provides computer repair & IT support consulting services to the businesses of Carrollton Texas.

Small businesses have to remain focused to be successful. At AVAREN our team endeavors to perfect IT security and business computing process automation so that the managers we work for can remain focused on what they do best. To this end, AVAREN provides a host of IT consulting services to small companies looking to eliminate their current technology roadblocks while more fixedly concentrating on the most pressing concerns within their business. If you wish to enhance productivity in your firm while turning more of a ‘blind eye’ to IT issues, call AVAREN and let us get started taking over much of the day to day management of your IT concerns. AVAREN provides computer repair & IT support consulting services to the businesses of Carrollton Texas.