AVAREN is proud to provide IT consulting and computer services to the businesses of Farmers Branch Texas.

A Brief History of Farmers Branch

Farmers Branch Texas is a city in Dallas County. It is considered a suburb of Dallas and part of the larger Dallas Fort-Worth Metroplex. The population was estimated to be 35,000 in 2016. Farmer’s branch is known for having 28 parks within a land area of only 12 square miles. The city is also home to so many businesses that contribute to the tax base, that its residents enjoy one of the lowest city tax rates in the area.

In 1842, William Cochran, Thomas Keenan, and Isaac B. Webb received land deed via the Peters Colony; establishing a community named Mustang Branch. It is said that Mr. Cochran later changed the name of the community to Farmer’s Branch to signify the nature of the soil to other potential farmers. Peters Colony at one point set up an Emigration Company in Farmer’s Branch. Their advertising throughout the United States and Europe is said to have made Farmer’s Branch a famous place in North Texas.

In 1845 minister William Bowles opened a gristmill and blacksmith shop in the area. Also in 1845, Dallas County’s first official house of worship (Webb’s Chapel Methodist Church) was built in Farmer’s Branch on land donated by Mr. Webb. The community had its first school in 1846. In 1848 Mr. Webb became the first postmaster in the area. A few decades later an opportunity arose to have a railroad come through Farmer’s Branch. In 1874, Samuel Gilbert and others sold land to the Dallas and Wichita Railway which completed a line between Lewisville and Dallas through Farmer’s Branch. The line was completed by 1878 and taken over by the Missouri-Kansas-Texas Railroad in 1881.

By 1890 the community had grown to roughly 100 residents and a small downtime area with a number of businesses. In 1916 a brick schoolhouse was built. An election was held to incorporate the city on February 23, 1946. In 1956, the residents adopted a home-rule charter which established a council-manager form of city government. The town expanded rapidly in the following decades along with the popularity of the automobile; as Farmer’s Branch seemed the perfect place for Dallas’ workers to commute from. By 1970 the population exceeded 27,000.

After the apparent population boom of the 1950s-1970’s, Farmer’s branch’s population remained flat to down, however businesses began to move in during the 80’s and 90’s again largely due the city’s proximity to Dallas. Manufacturers of all stripes were operating in the city by the 90’s including: asphalt, concrete, cosmetics, foods, and steel. As Farmers Branch straddles Interstate 35 and 635 (not to mention boundaries on the President George Bush Turnpike and the Dallas North Tollway) many countless businesses now call Farmer’s branch home today. Today the city’s largest employers are: JPMorgan Chase (2,390), IBM (1,850), IRS (1,200), Telvista (1,000), TD Industries (900), Haggar (750), Monitronics International (700), Encore and Glazier’s Wholesale (650 each).

Beginning in November 2007 the Farmers Branch Police Department carried out of a number of raids against the location of alleged builder of hot rods “Unique Performance” (founded by Neil Cummings, Douglas Hasty, Chris Layne, John Luft, and Richard Kearby). The company was shut down after a number of customers complained that they had paid large sums for cars they never received. It was alleged that Unique Performance had been engaging in “VIN washing” among other mis-deeds. Unique Performance declared bankruptcy a week later. 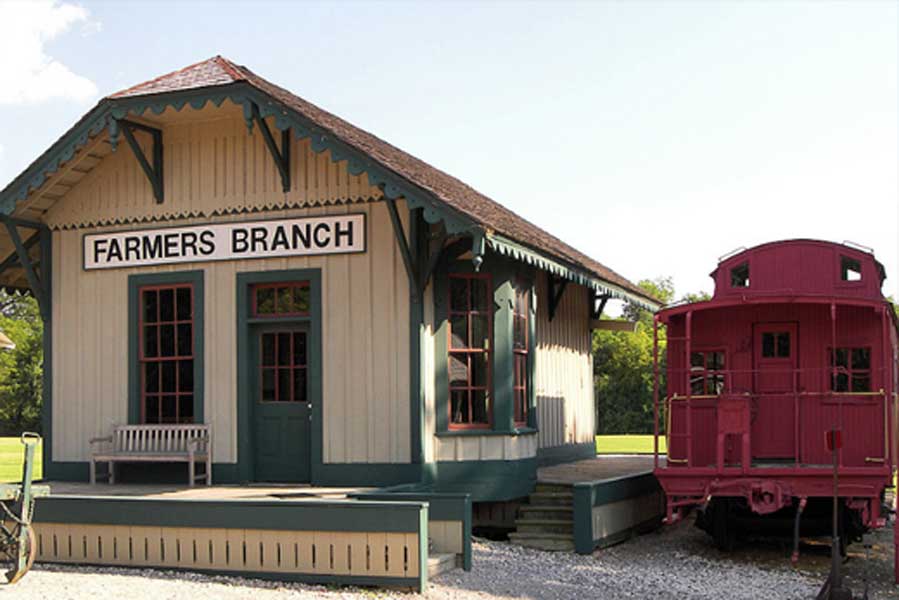 AVAREN’s IT consultants can assist your firm with specifying, deploying, and managing IT infrastructure. AVAREN assists roughly two dozen different businesses at any given time, so our team has a broad range of experiences to draw from when helping you with technology concerns. AVAREN offers a broad range of IT consulting services for the Dallas Fort-Worth. Call us today for a no obligation consultation. 214-379-4200