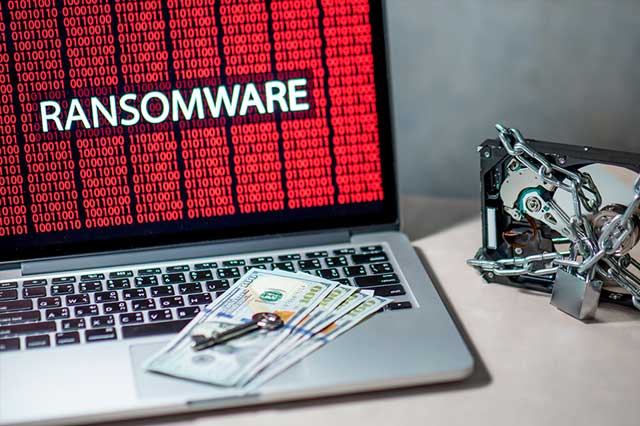 Ransomware attacks used to have a broad scale. Think of the massive WannaCry attack that infected 200,000 machines in 150 countries over a handful of days in 2017. Today, ransomware is much more targeted – and losses from the attacks have risen sharply, according to an FBI alert published last week. The alert emphasizes that, since early last year, ransomware has become more targeted and more damaging to victims – even as the volume of attacks has not changed much. More about this latest rash of attacks below.

Attacks on state and local government have attracted attention, but the criminals are also showing preference for other sectors, according to the alert.

Ransomware hit more than 20 local governments in Texas in a well-coordinated attack in August.

Attacks in this sector are up from 55 in 2018 to more than 80 so far this year, according to Recorded Future.

Three hospitals in Alabama turned away patients earlier this month after ransomware seized their systems. Leaders of the response paid an undisclosed ransom.

A ransomware attack at a massive aluminum producer this year generated staggering losses, estimated at $58 to $70 million.

This was recently eclipsed by a September attack on a major manufacturer of hearing aids with estimated losses of $90 to $95 million.

Arizona Beverages, one of the largest beverage suppliers in the U.S., was also hit this year, with more than 200 servers and computers infected. Staff had to rebuild the network from scratch at a massive cost.

Falcon Transport, an Ohio-based trucking company, said its permanent closure in April partly caused by a ransomware attack earlier this the year. The FBI is receiving reports of the following tactics being used in these attacks.

Attackers previously spammed the masses with email, hoping to land a few fish. Today’s attacks are more targeted, using messages more closely tailored to the victim’s context – such as their job or industry.

Attackers use brute-force and purchased credentials to gain remote access to the victim’s system. Once breached, installing ransomware on the system is trivial.

The FBI alert cites a recent attack exploiting flaws in the remote management tools used by managed service providers. The clients of at least three MSPs had ransomware installed on their systems once attackers controlled the RMM tools.

Reports surfaced this week of a ransomware strain that exploits an iTunes vulnerability (Windows version). The flaw allows attackers to evade detection by antivirus software, according to PC Magazine.