What are “SSDs” or Solid State Hard Drives/Disks? 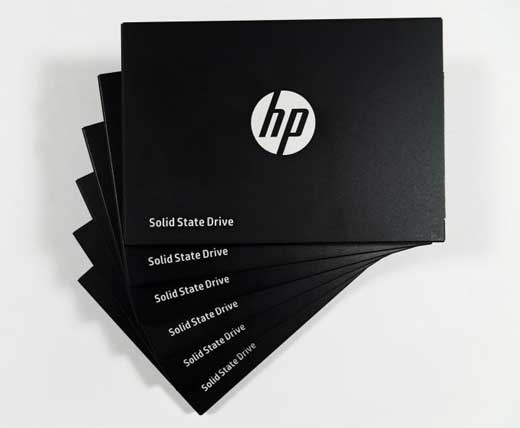 What are “SSDs” or Solid State Hard Drives/Disks?

And Should I Buy One?

(Subtitled – Ding-Dong the Witch is Dead!)

Are They Everything People Are Saying?

Let me begin by answering with a resounding, “YES!” Solid State Hard Drives (SSD) are among the most fantastic of innovations to become available to us possibly since the hard drive (HHD) itself. Right now they are generally smaller (in terms of capacity), and more expensive, but are still somewhat similar to the laptop hard drives (HHD) we have been using for the last decade or so. There is a major difference in the way SSDs and HHDs are constructed however. Let me explain.

Typical hard drive construction consisted of what one might describe as a digital record player. The similarities in how hard disks and records players function is remarkable. First invented in 1956, and with us all this time, the hard disk has moving arms (phonograph arm), that contain read-write heads (phonograph needle), collecting data from internal platters that are spun like records on a record player. With an old-fashioned record player you would of course be extracting information from the moving record at 33, 45, or 78 revolutions per minute, while the first widely available hard disks spun at 1,200 RPM. Today the platters of modern server hard drives often spin at 15,000 RPM, while desktop and laptop hard drives typically spin at 7,200 and 5,400 RPM respectively.

Solid state disks are quite different from the older spinning disk storage systems. Principally because SSDs employ no moving parts at all. I like to think of SSDs as glorified memory sticks, similar to those that we have been using in our digital cameras (SD or similar memory cards) for years, only solid state hard drives generally have more storage capacity and come with connectors appropriate for use with PCs and laptops as they are intended to be a direct replacement for standard hard disk technology. Unlike PC and Server hard disks however, most  commercially available SSD disks are the same size as a conventional laptop hard drive (2.5″ wide) so you often have to use an included bracket to install them in desktop PCs expecting a 3.5″ mount.

The first and most noticeable benefit of an SSD is that your boot time will likely be cut in half or more. And when you consider how many seconds a machine engages in it’s power on self test (POST) before it attempts to address the disk and operating system…this is really saying something. In essence, Windows (after POST is completed) boot times are often actually dropping from 30-50 seconds down to 5-10 seconds. Assuming your processor and machine are otherwise fairly current, you can likely literally double the performance of your PC or laptop  simply by switching your hard drive or buying a new machine with an SSD installed. SSDs really are that much faster than conventional hard drives. So much so that now, every time I sit down at a  machine with a conventional HHD, I notice the difference immediately.

There are really only three downsides to SSDs that I have become aware of. First, as I mentioned, SSDs are costlier than normal HHDs. Right now a 240 gigabyte model SSD will run you about $200, whereas a 1 terabyte standard HHD (4 times the capacity) can often be less than $100. Secondly, there is still some ambiguity about whether or not the lifespan of SSDs are similar to that of HHDs. Because of this, and for the foreseeable future, I am recommending people keep their important data backed up on external storage, and if possible keep a cloned image of their OS drive made after their break-in and customization period. Third, it is said that heavily used sectors on an SSD can become unusable and thus the effective size of a disk can gradually shrink over its lifespan. Thus it is said you want to disable automatic disk defragmentation any time you implement an SSD in a machine. (To disable this service in Windows 7, click your start button and in the search box type “services” and hit Enter. Find the Disk Defragmenter Service, double click it, and set it to “Manual” or “Disabled”.)

Preventative Measures Anyone Can Take

In the business environments we manage, we regularly keep cloned disk copies of the machines we roll out so if a machine fails or becomes too infected to clean, we can simply re-clone its disk so that we don’t have to spend exorbitant amounts of time reloading and re-customizing the machine to get it usable again.

We typically use software products like Acronis in conjunction with an HHD/SSD USB docking station to make copies of an entire disk (HHDs or SSDs) onto another. If you are going to employ an SSD, I would recommend you do similarly (or have your IT person do it for you) at least until the technology proves out entirely. It was only a few years ago that no one was buying SSDs because of unusually high failure rates. Often leaving people with lost data or at minimum lost hours of work. We have been buying primarily Corsair and Crucial SSDs (last 6 months) and have thus far not had an issue.

Another trick we try to employ at client facilities is to buy machines in pairs or greater. With multiple identical machines at a facility, getting a user-back up and running after a hard drive crash or an irreparable infection is made much faster simply by cloning the OS and primary application load from another machine already in production, rather than manually reloading all aspects of the software configuration from scratch. Simply buying machines in pairs can save a business many thousands in labor over a 10 year period.

Take my advice and buy yourself a new machine and an SSD while you are at it. After you get the machine configured the way you like, have your IT team clone your disk over to that still unboxed SSD and have it installed in your machine. Afterwards…”thank you” notes would be appreciated but are not required.