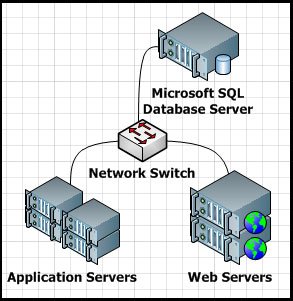 What is Microsoft SQL Server?

What is SQL or Structured Query Language?

As modern computing developed, the need for programming languages that allowed client applications to pass queries to a database system became evident. Although the SQL programming language was standardized by ANSI and ISO in the late 1980s, differences remain between versions of SQL offered by different software vendors. Code written for Microsoft SQL for example, will not be portable to SQL systems offered by other vendors without modifications to the code.

What is Microsoft SQL Server?

“Microsoft SQL Server” is a relational database management system (RDBMS). Although originally developed by Sybase, Microsoft and Sybase only worked on the project until 1993. By 1998, after the release of SQL server 7, not only had Microsoft begun making a name for itself in the database software market, but their flavor of SQL was becoming one of the dominant players. Although there are numerous versions of Microsoft SQL software targeting different types of end-users, the focus has always been on business.

What Does SQL Server Do?

The primary function of Microsoft’s SQL Server is to serve as a “back-end data warehouse” for software developers and “front end” applications like websites or in-house programs. We refer to it as “back-end” because when dealing with a database of any reasonable size, it generally makes sense to keep the data organized in a separate file or database away from (not integrated into) the “front-end” application. In some cases this level of separation will even extend to having separate servers for “front-end” and “back-end”.

For very small implementations SQL might co-exist on a single server with the “front-end” web host or application. Multi-server system architectures might include multiple front end servers for web traffic (client facing) or in-house application hosting, with a separate database server warehousing the data for all the processes. (See graphic above)

Separation of the database from the application not only opens up options in terms of scalability, but also allows system designers complete flexibility in terms of process architecture, number of servers, geographic location of servers, etc.